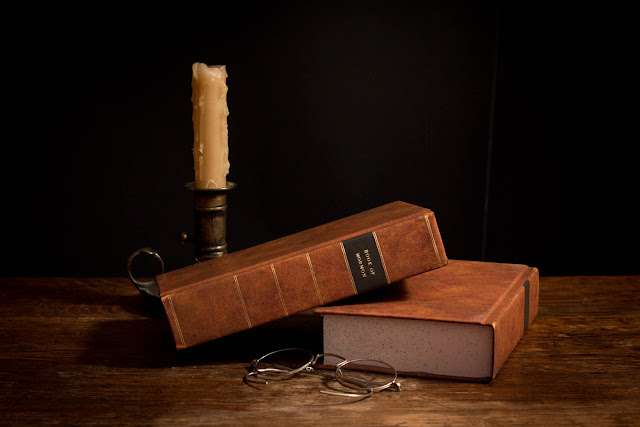 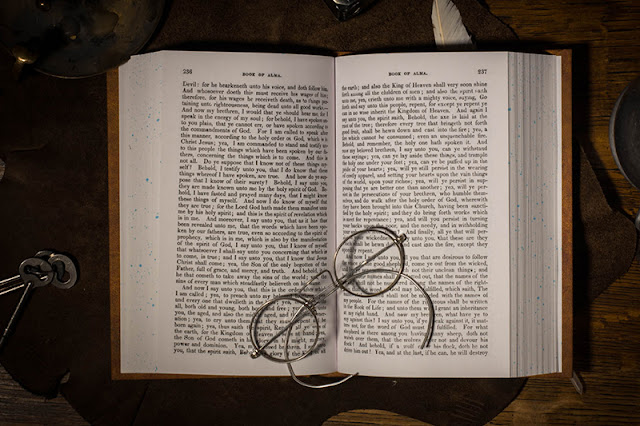 www.palmyraedition.com
Posted by Mormon Village at 10:26 PM No comments:

Email ThisBlogThis!Share to TwitterShare to FacebookShare to Pinterest
Labels: scriptures - book of mormon


There are actually three types of wild barley native to the Americas, something scientists have been aware of for a long time. In wasn’t until 1983, however, that archaeologists first uncovered a domesticated form of barley native to the Americas in Arizona in a pre-Columbian (ca. AD 900) context.1
“Little barley,” as scientists call it, has since been found throughout the Mississippi River valley,2 where it was a major staple during the Middle (ca. 200 BC–AD 500) and Late Woodland (ca. AD 500–1000) periods,3 though “likely cultivated specimens” have also been found dating to as early as 800 BC in Iowa.4 According to two non-LDS scholars, “extensive archaeological evidence also points to the cultivation of little barley in the Southwest and parts of Mexico.”5
Over time, more and more evidence for domestication of little barley in the Americas has emerged over an increasingly wider span of both time and geography. Little barley may have diffused to other regions of the Americas which were known to trade with the southwest and eastern United States, including the exchange of crops.6 In any case, evidence demonstrates that in at least some parts of the Americas, a type of barley was a highly important crop during Book of Mormon times.

This has important implications for the Book of Mormon. In the second and first centuries BC, barley played a significant role in Nephite society, not only as food, but as a measurement of exchange (Alma 11:1–19), just as it did in ancient Near Eastern economic systems.7 Evidence from what is often called archaeobotany (the study of plants remains at archaeological sites) now confirms that a species of barley was highly important to some cultures in the Americas at this time.  This is another example that illustrates the benefits that come with patience in archaeology.8John L. Sorenson commented, “That such an important crop could have gone undetected for so long by archaeologists justifies the thought that wheat might also be found in ancient [American] sites.”9 Questions remain about Nephite crops, animals, and material culture, but discoveries like little barley illustrate the wisdom in keeping an open mind and avoiding hasty judgments while considering and exploring what the Book of Mormon says about Nephite life.

The text above is available at Book of Mormon Central, a site with which you should make yourself familiar if you’re not already acquainted with it:

“How Can Barley in the Book of Mormon Feed Faith?”

https://www.patheos.com/blogs/danpeterson/2020/05/two-book-of-mormon-grains.html
Posted by Mormon Village at 7:17 AM No comments:

Email ThisBlogThis!Share to TwitterShare to FacebookShare to Pinterest
Labels: scriptures - book of mormon

Of Limhi and Seer Stones

If Mormon had not quoted extensively from his speeches, Limhi — son of King Noah, grandson of Zeniff, and a Nephite king in his own right — might be unknown to us.  As John Gee pointed out, “Direct quotations of Limhi occur in the following places in the record: (1) The trial of Ammon, Amaleki, Helem, and Hem (Mosiah 7:8–15); (2) an official address given to all his subjects at a covenant renewal ceremony (Mosiah 7:17–33); (3) the discussion with Ammon about the records (Mosiah 8:5–21); and (4) the interrogation of the king of the Lamanites (Mosiah 20:13–22).”
Gee continues:

Something subtle and quite authentic has been done here in the Book of Mormon. All the direct quotations derive from situations where an official scribe would be on hand to write things down: a covenant renewal ceremony where the king would have ‘caused that the words which he spake should be written’ (Mosiah 2:8), two trials, and an inspection of the records where Limhi obviously hoped to get a translation of some otherwise mysterious records (Mosiah 8:6, 11–12). The quotes come from other official (i.e., court) records, scriptures, and personal accounts (e.g., Zeniff’s first-person narrative).  (197)

This is very different, Gee argues, from the style of the novelists of Joseph Smith’s day — including Solomon Spalding [or Spaulding].  It also looks like real historiography.
***

On pages 199-200, Knowing Why briefly discusses the concept of a seer, including the reference at Mosiah 8:13:

Now Ammon said unto him: I can assuredly tell thee, O king, of a man that can translate the records; for he has wherewith that he can look, and translate all records that are of ancient date; and it is a gift from God. And the things are called interpreters, and no man can look in them except he be commanded, lest he should look for that he ought not and he should perish. And whosoever is commanded to look in them, the same is called seer.

In this regard, a good parallel is available in the Americas before Columbus:

There are . . . analogues among the ancient cultures of Mesoamerica, where ritual specialists would use “crystals” or “clear rocks” called zaztun (“stone of light”) “as a medium through which they receive revelation.”  LDS Mesoamericanist Mark Alan Wright has noted the similarity between how Mayan ritual specialists use zaztun and the depiction of seership in Mosiah 8 and elsewhere in the the Book of Mormon.  Hence, notions of seership in the Book of Mormon fit comfortably in [the] pre-Columbian American context.  (200)

https://www.patheos.com/blogs/danpeterson/2020/05/of-limhi-and-seer-stones.html
Posted by Mormon Village at 7:15 AM No comments:

Email ThisBlogThis!Share to TwitterShare to FacebookShare to Pinterest
Labels: scriptures - book of mormon
Older Posts Home
Subscribe to: Posts (Atom)
Defending the restored church of Christ - I created this blog several years ago to provide an alternative to what I saw at the time as a lot of bad "Mormon blogs" that were floating around the web. Also, it was my goal to collect and share a plethora of positive and useful information about what I steadfastly believe to be Christ's restored church. It has been incredibly enjoyable and I hope you find the information worthwhile.